Okoa Mombasa has announced the results of its poll to choose a new name for Mombasa’s waterfront park, now known as “Mama Ngina Park.”

The winning name was Mekatilili Wa Menza park, which gathered 44.3% of the vote.  Mombasa Waterfront Park came in second with 32.9% of the vote. Light House Drive Park (16.4%) and Mombasa Portview Park (6.4%) came in third and fourth place, respectively.

Polling began in May 2020 with a period of open nominations, which produced more than 30 suggestions. The 10 best suggestions were chosen from that group, and polled throughout June 2020. From that group, we selected the top four vote-getters for a final poll on Twitter and Facebook.

Okoa Mombasa believes that the park’s name should be changed to something that better reflects the history, culture and heritage of Mombasa and the Coast region. In 2019, we petitioned Mombasa County Assembly to conduct a forum with structured public participation with a view to changing the name of the park. A hearing was scheduled in March 2020, but cancelled on the morning of the event for reasons that remain unclear.

To be clear, Okoa Mombasa itself has no position on a particular name for the park. Our position is that the name should be changed to something more appropriate for Coast, and that the public should participate in choosing the new name. 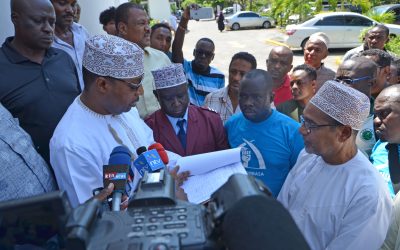