Transport CS James Macharia on Thursday made a televised statement “affirming” the suspension of a directive forcing importers to haul cargo via the Standard Gauge Railway (SGR) line.

The statement, made at the end of a meeting of Interior CS Fred Matiangi, Mombasa Governor Hassan Joho and Coast MPs, followed a series of weekly protests in Mombasa that urged revocation of the directive made unilaterally in August by the government. The directive, Authorities said, was to shore up government revenues. Macharia confirmed that the order by KRA Commissioner-General James Mburu and KPA Managing Director Daniel Manduku was “unprocedural.”

Okoa Mombasa cautiously welcomes the re-affirmation of the suspension but believes strongly that Macharia’s statement did not go far enough. An illegal order cannot be suspended; it must be rescinded – a decision the CS avoided. We are also skeptical of the long-term effects of Macharia’s statement, given that the original “suspension” of the order was issued in early August – and ignored for two months, until protests forced the government’s hand.

In a carefully worded statement, Macharia said “KPA and SGR cannot survive independently; they are complimentary to each other”. This remark, confirming government’s plan to continue to heavily rely on SGR haulage, thus increasing Port-related job losses in Mombasa, again spells doom for the economy of a county that has been on the verge of death. It further corroborates our fear that the government has no intention of rescinding the SGR transportation order. We view Macharia’s statement as a tactic to slow down the surge in demonstrations against government decisions that have negatively affected the Coast economy.

In 2014, as a way to generate sufficient revenue to pay the unsustainable debt to China for building the SGR, Kenya Railways Corporation and KPA signed a “take-or-pay agreement” whose main objective was to guarantee minimum cargo to be transported using SGR. Just like the decision to build the SGR, stakeholders and communities were not consulted about this agreement. We believe the exorbitant cost of the SGR and subsequent enormous amounts needed to repay the debt lie at the heart of the KRA-KPA directive. As a result, thousands of workers have lost their jobs at Container Freight Stations, clearing and forwarding companies, transport businesses, not to mention other sectors that rely on road transportation to survive.

The CS, in his address, fell short of acknowledging this devastating impact on the residents of Mombasa, but chose to mention improvements of Port infrastructure, prospects of Dongo Kundu bypass, and the expansion of Moi International Airport whose beneficiaries are not necessarily Mombasa residents. We have seen what has become of huge infrastructure projects like the Kimwarer and Arror Dams, where no benefit has accrued to local residents, despite huge sums of money being expended and lost.

Mombasa residents have been protesting, not against the SGR, but against the monopolistic effect the directive has had, effectively eliminating competition and “moving” the Port from Mombasa to Nairobi, a more prosperous county. Mombasa has a natural harbor, but the Port is more than just the harbor. Moving any operations associated with cargo landing at this Port has meant that Mombasa residents are denied the benefits that this local natural resource confers. Considering also the recent efforts to privatize Container Terminal 2 (CT2), again with the attendant prospects of job losses, and benefits from a public asset going into private hands, Coast residents wonder why they should bear only burdens and not benefits of the assets within their County. Why is the Coast region being punished? Would Central region accept to have their tea or coffee grown locally transported to Mombasa or Turkana for processing? Would Narok County give up the revenues they get from the Maasai Mara? Why should Mombasa be expected to accept the unacceptable elsewhere?

Okoa Mombasa Coalition consists of organisations and movements such as the Fast Action Business Community Movement who have been organizing the protests, Muhuri who have engaged in litigation, InformAction, Long Distance Truck Drivers Union, and Haki Yetu who have raised public awareness, the Dockworkers Union and Kenya Transport Association, who have engaged with authorities.

Our Coalition, while acknowledging the suspension of the directive:

1. Demands that the directive be rescinded to pave the way for dialogue;

2. Demands that dialogue and consultations on this issue should be held in Mombasa; and that all stakeholders including the affected communities of residents and Okoa Mombasa Coalition should be accorded an opportunity to exercise their right to public participation in accordance with Constitutional guarantees.

3. Demands that the government makes public the agreements related to the SGR and CT2 given the negative effect they are having on the Coast’s economy;

4. Demands that Port operations be brought back to Mombasa;

5. Demands that CS Macharia should resign with immediate effect for incompetence.

For a PDF version of this press release, please click here. 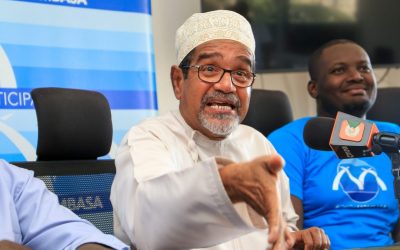 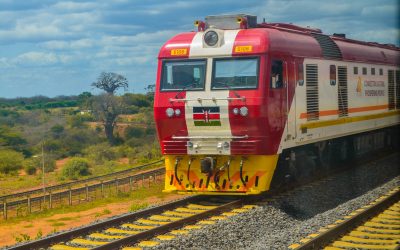