Scroll down for updates

Okoa Mombasa has filed an Access to Information request seeking documents related to a new public-private joint venture that was awarded the right to operate Container Terminal 2 (CT2) at the Port of Mombasa.

Media outlets reported in March that the Kenya Ports Authority (KPA) had struck a deal with Mediterranean Shipping Company (MSC) to run CT2 as part of a new joint venture with Kenya National Shipping Line (KNSL). Under the deal, MSC’s wholly-owned subsidiary Shipping Agencies Services Sàrl (SAS) would take a 47% stake in KNSL, with KPA owning the rest.

CT2 is one of the most modern container terminals in East Africa, and a highly profitable asset for KPA. By some estimates, it is capable of producing upwards of KES 20 billion in revenue per year. The terminal recently underwent a massive overhaul funded by development loans from the government of Japan.

Despite Kenyan taxpayers being on the hook to pay back the loans, the long-rumored agreement with CT2 was negotiated behind the scenes, without a public tender process and without consultations with stakeholders. A public tender process was started in 2014, but abruptly cancelled before a contract was awarded.

Okoa Mombasa is concerned that the deal could lead to the loss of thousands of well-paid union jobs, as detailed in our factsheet. The government also failed to conduct constitutionally-mandated public participation procedures before awarding the deal.

“How will Kenyans, and Mombasa residents in particular, benefit from this deal?” said Okoa Mombasa member Khelef Khalifa, who formally filed the request. “If it’s such a great deal, why all of the secrecy? What’s being hidden? And why no public participation where a public asset is involved? Or is this just another government initiative to siphon resources away from Coast?”

The full requests, with a list of documents sought, can be read at the links below:

2 June 2022: KNSL responded to our request on 2nd June 2022 and refused to provide any information. They claimed an exemption under Article 24 of the Constitution and Article 6 of the Access to Information Act, but failed to explain which specific exemption applied. Read their response here.

6 July 2022: On 6th July 2022, KNSL again responded to our request for information and refused to comply. They stated, in part: “The subject matter is now under the jurisdiction of the court (sub judice) and as such we are not in a position to interfere by way of publication or comment on the issue at this point in time.” Read their letter here.

The court case they refer to is Constitutional Petition No. E282 of 2022 filed in June 2022 by Haki Africa. It can be read here. 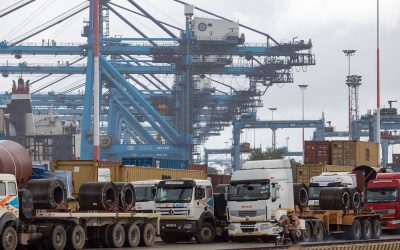