Okoa Mombasa has joined with a consortium of over 15 civil society groups to launch the Okoa Uchumi Campaign – an initiative with the primary objective of promoting accountability in Kenya’s public debt management.

The campaign is informed by the dire state of Kenya’s debt management, which has been marred by opacity in decision making, mismanagement of debt expenditures and flagrant violations of public finance requirements, which have contributed to the present economic crisis and a debt trap. The campaign is grounded in our constitutional responsibility to respect, uphold and defend the Constitution of Kenya.

The campaign’s four broad goals include:

The launch event included the unveiling of Okoa Uchumi’s Citizen’s Manifesto for Elections 2022, which details the initiative’s objectives and specific steps needed to meet those objectives. The Manifesto is available here. The Manifesto notes that Kenya’s taxation regime has become overbearing due to high debt repayment demands. Kenya currently spends over 69% of GDP on debt servicing.

Khelef Khalifa of Muslims for Human Rights – an Okoa Mombasa member – spoke at the launch event, along with Wanjiru Gikonyo, Dr. Willy Mutunga, Davis Molombe, and others. 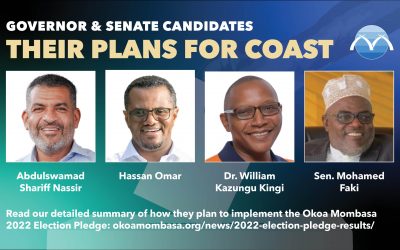 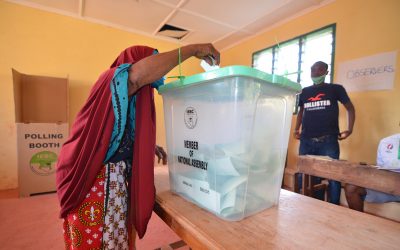